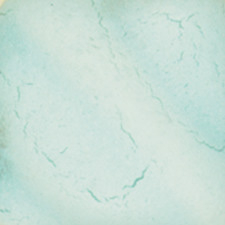 If you're looking for a low fire Cone 05 glaze that produces unlimited textures during firing, try Amaco Textured Alligator glazes.
No two pieces glazed with AMACO Textured Alligator Glazes are ever alike due to the many variationsin texture which occur in firing. Variegated matt textures predominate at the lower firing temperatures and gloss textures at the higher with a mingling of matt and gloss between the extremes.
AMACO®LT Textured Alligator Glazes aresupplied in liquid, ready to use form. These glazes must be applied on a mature Cone 04 (1971°F, 1077°C) bisque then glaze fired to Cone 05 (1911°F, 1044°C).
NOTE: We recommend firing LT-22 Tahitian Blue at Cone06 (1855°F, 1013°C) because it flows more than other glazes in this series.